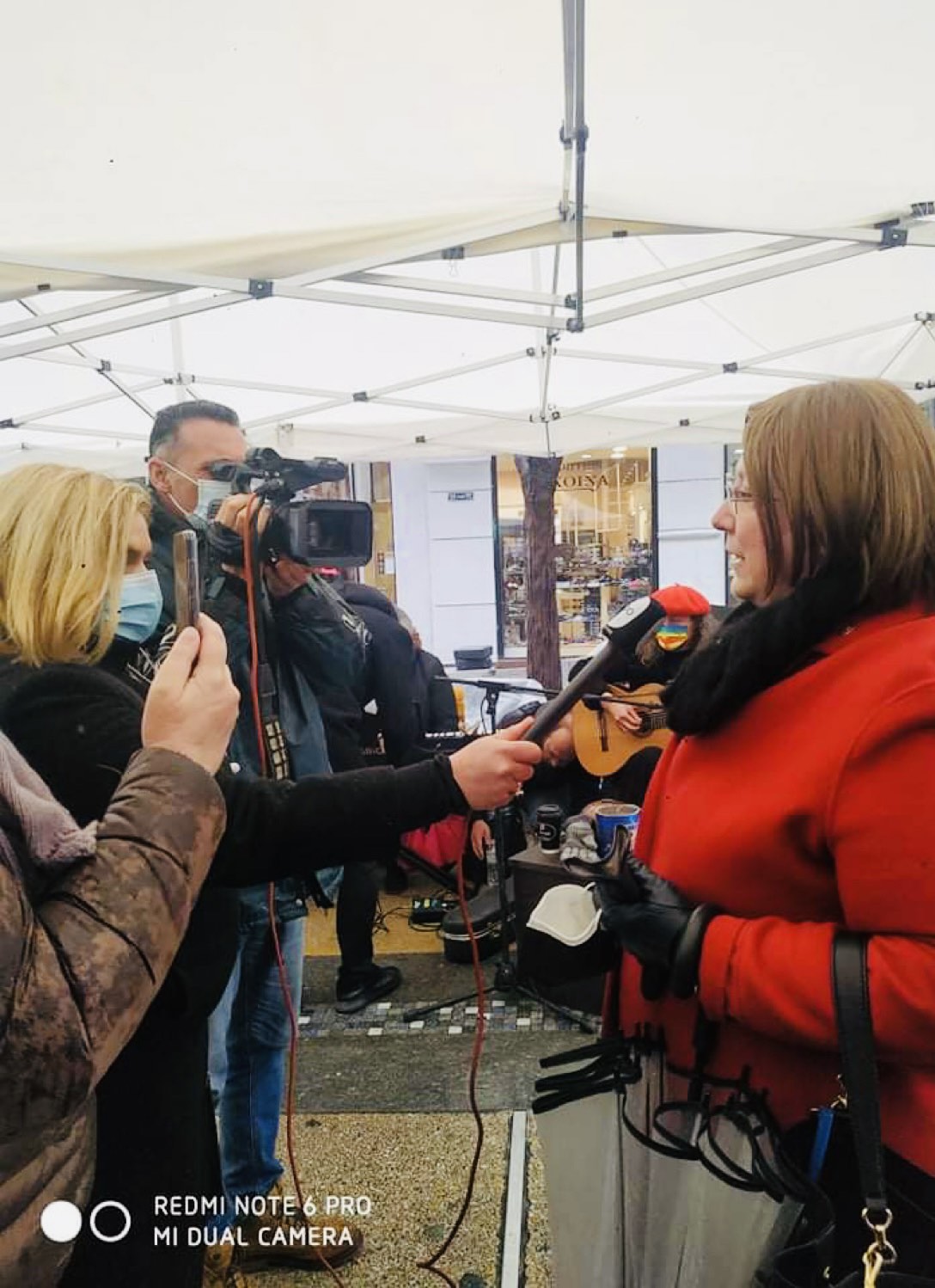 Interview with Giannis Goumakis at MyPortal.gr given by the President of KEDITH and Municipal Councilor Dr. Dimitra Akritidou σχετικά με την multifaceted action of the Public Benefit Enterprise of the Municipality of Thessaloniki (KEDITH) but also for its actions in the presidency of the Enterprise. Mrs. Akritidou mentioned in the wide range of actions of the company regarding the elimination of violence against women but also action planning in view of summer, while it was mentioned and the changes that its presidency has brought to the company compared to before.

What are the programs and actions implemented by KEDITH today?

Today at KEDITH they operate and are implemented a series of programs for all those interested in the specific cognitive subjects, with great participation. Specifically, programs such as Youth Mobility and European Programs, Volunteering in practice, Softskills: How they affect our professional life and our personal development, etc. are in the process of implementation. Of course, everything is done online due to the special circumstances dictated by the pandemic so far. Actions with current and important issues also started three weeks after I took office with the aim of continuing the presence of the body I represent in the city.

Last month we monitored your actions regarding the elimination of violence against women. What did these actions include and what impact do you think they have on the young people of our city?

You have known and heard constantly in recent years that violence against women is experiencing a significant increase, not only in our country, but also internationally. I deal with the issues of violence against women, domestic violence, but also all forms of violence. Awareness programs and even a speaker at seminars with the Equality Research Center and I have trained hundreds of civil servants and educators who are keenly aware of the root causes of these issues and the processes of the country's structures for the protection of victims. , up to legislative initiatives, international conventions, decisions of the European Union. So My anxiety, which I am sure is not only mine, but also that of all sane people, is where this situation is going and that the Greek state and the international community will protect its very vulnerable people., especially in some countries of the world. Statistics show the magnitude and criticality of the situation. Violence against women is largely a matter of stereotypes and especially a matter of culture. Violence is a declining behavior of a society and a culture. Its elimination is primarily a matter of culture. Culture change requires the cooperation of public and private actors, culture change, victim support initiatives, support and effective management of their grievances. Actions and initiatives in the right direction are being taken, but in addition to the information campaigns that are being carried out, the elaboration of studies on the causes of violence, victim-centered action frameworks need to be designed, in which victims can find comprehensive, coordinated support from the whole of the bodies involved. Preventing violence requires a social chain of coordination, along with the cooperation of many different policies. It presupposes information actions in the family, schools, workplaces. Only then can we talk about a comprehensive response to the culture of violence. On the occasion of the International Day for the Elimination of Violence against Women, we organized an event with a musical-theatrical event with the participation of actors, musicians and choreographers, who successfully presented it with a background music of classical pieces played on piano, under very difficult weather conditions, on the pedestrian street of Agia Sofia. The success of the event was seen in the faces of the people who watched it and were moved by it.

WHAT; A city full of young people, with a mosaic past and signs of different cultures, Thessaloniki stretches from Thermaikos to Kedrino Lofos and invites photographers, amateurs and non-artists alike, to capture its magic in a click. The Center for European...

Dear parents and guardians, The Public Benefit Enterprise of the Municipality of Thessaloniki, guided by its social role and its public benefit character and the current period, having a sense of responsibility to serve the institution of the family, announces that those...

The role of SOLVIT in facilitating business activity and removing obstacles for businesses in the EU.