Open invitation to young artists of Thessaloniki for the aesthetic upgrade of CAFAO. 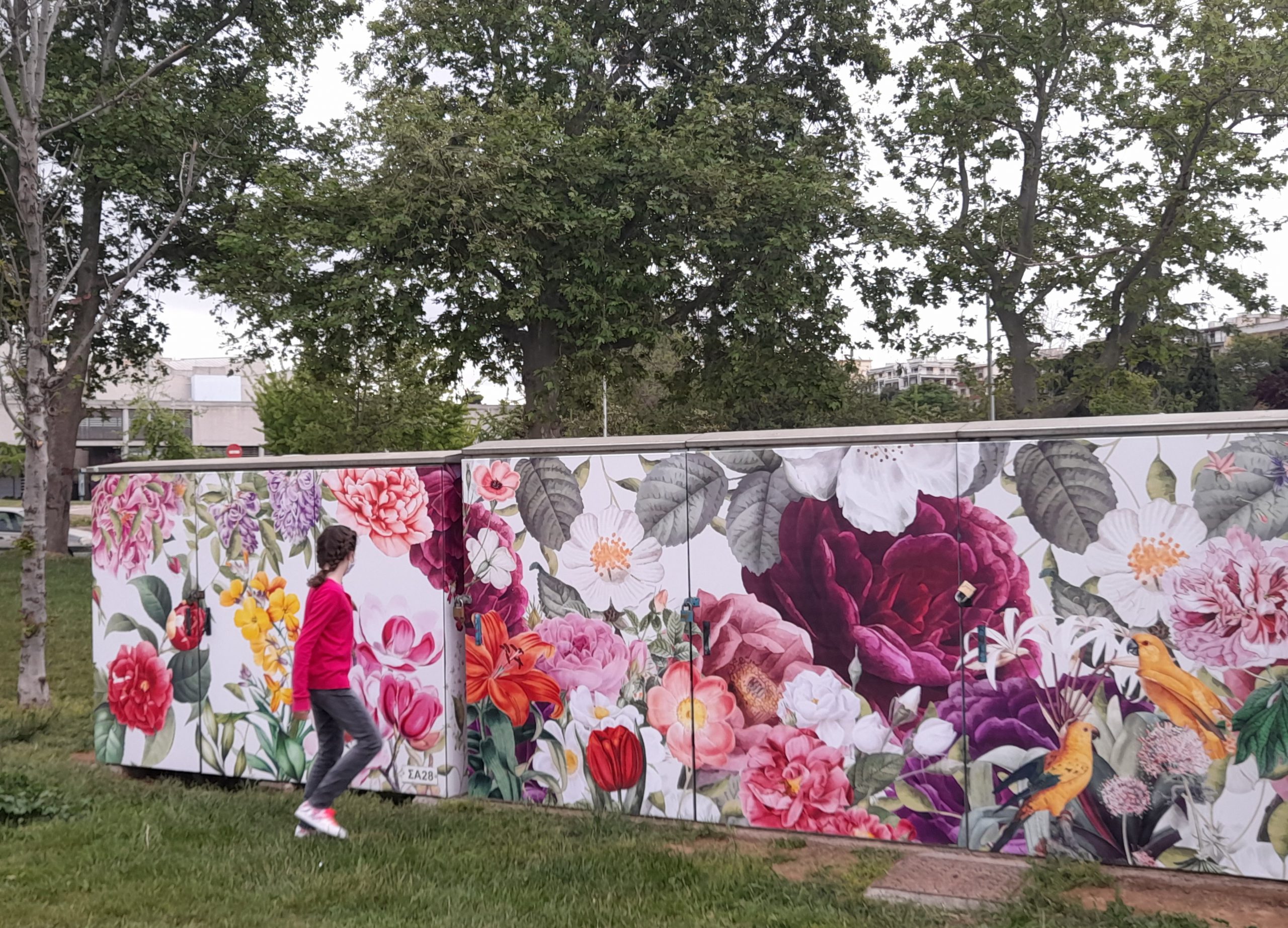 The once useless CAFAO in the park near the statue of Alexander the Great, on the new beach, have become an attraction for young and old. on the initiative of the Municipality of Thessaloniki and KEDITH have been transformed into small works of art.

The Mayor of Thessaloniki, Konstantinos Zervas, set the goal of making art a part of everyday life in the city. In this context, the Public Benefit Enterprise of the Municipality of Thessaloniki designed the action for the aesthetic upgrade of KAFAO, which until recently with their aggravated appearance hurt the public space. More than 20 CAFAO have already been upgraded, with the intervention having given a completely different image to the area of ​​the new beach near the statue of Alexander the Great.

Such as noted the President of KEDITH Natalia Varsami, this is only the first phase of the project, as the goal of the Municipality of Thessaloniki is to intervene in as many points as possible.

In the historic center

KEDITH is now activating the second phase of the action, which concerns the aesthetic upgrade of an additional 40 CAFAO in the area of ​​the historic center of the city.

In this second phase, the Public Benefit Enterprise of the Municipality of Thessaloniki addresses an open call for proposals for wider interventions to artists and street artists of the city, who will capture various works of art with graffiti, painting or collage.

Target is on the one hand to give the artists of the city the opportunity to express themselves creatively in the public space and on the other hand to upgrade CAFAO in the center of Thessaloniki, in order to harmonize perfectly with the urban environment and to be a pleasant note for the residents and visitors of the city.

After the submission of the proposals by the artists that will express interest, the Visual Advisory Committee of the Directorate of Culture and Tourism of the Municipality of Thessaloniki will select the projects that will proceed to the implementation phase.

Since the CAFAOs have different dimensions, after the selection of the project, the corresponding distribution will be made and the adjustment of the respective project will probably be needed. KEDITH will provide all the necessary tools and materials for the artistic intervention in consultation with the selected artists.

The artists' proposals will be accepted until 28 May 2021 on the platform: https://docs.google.com/forms/d/1VXmKHIldp7_fJ7mxt5SEvP6Dh0wS7bALsIDZ9fpjVkA/edit

WHAT; A city full of young people, with a mosaic past and signs of different cultures, Thessaloniki stretches from Thermaikos to Kedrino Lofos and invites photographers, amateurs and non-artists alike, to capture its magic in a click. The Center for European...

Dear parents and guardians, The Public Benefit Enterprise of the Municipality of Thessaloniki, guided by its social role and its public benefit character and the current period, having a sense of responsibility to serve the institution of the family, announces that those...

The role of SOLVIT in facilitating business activity and removing obstacles for businesses in the EU.